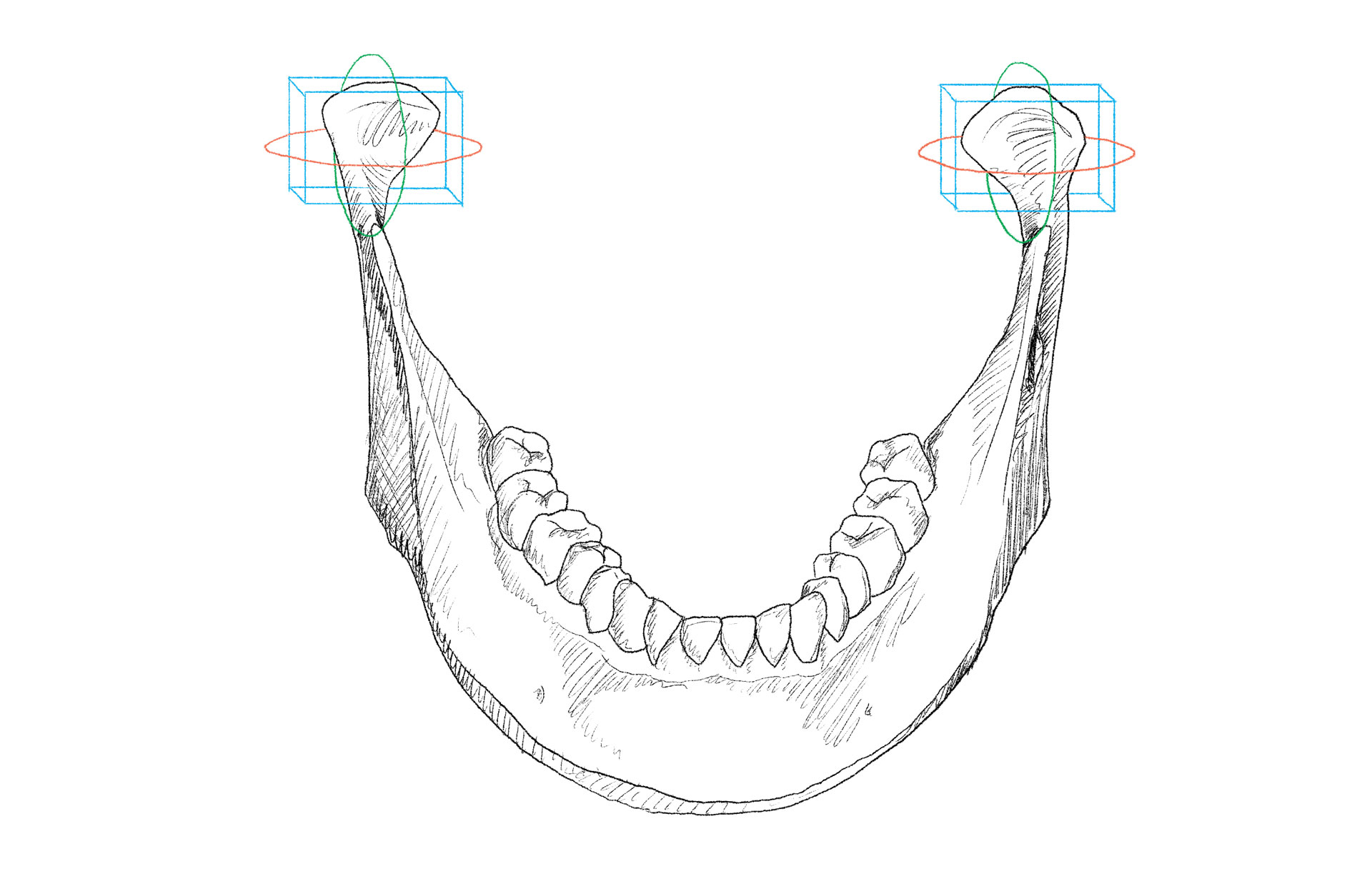 The Condylar Orientation is the First Determinant of Occlusion

The goal in treating all patients is to give them the functional freedom that comes with a healthy occlusion. A violation or validation of the first and/or second determinant(s) of occlusion can be documented with an objective force cycle measurement. The condylar path dictates how the back end of the mandible moves. That is the first determinant of occlusion. The “back end” refers to the alignment of the TM joints with the posterior dentition behind the canines. An ideal arrangement would be two healthy condyles with good range of motion, in harmony, with minimal occlusal interference. The second determinant is the anterior orientation, which dictates how the “front end” of the mandible moves. Ideally, both the back half and the front half of the arch should work together harmoniously along with a stable and consistent arc of mandibular closure. The posterior planes of occlusion often determine the character of the mandible’s behavior in function or in dysfunction because they are rarely symmetrical in all three dimensions. Dual condylar orientation accurately describes condylar function, because each condyle must first function by itself, and then function in harmony with the other condyle. Each condyle influences its counterpart during growth and function. Condylar skeletal orientation over a lifetime of mandibular motion is critical to the stability of the mandible’s favored pathways at rest, in function, and during sleep. If one condyle is asked to function in a less than ideal position, then the ipsilateral condyle may consequently be required to change its orientation within the glenoid fossa, which will ultimately alter the mandible’s preferred pathway. Ideally, each condyle/fossa unit should act independently from the other and function in an efficient, healthy position by itself, while in harmony with the other. Condyles that do not function in perfect harmony at rest or in function, either by themselves or in combination with the counterpart condyle must adapt structurally over time. Adaptation may be physiologic, pathologic, or both to the TM joints and to the Stomatognathic system.

Condyles that are properly located spatially within the glenoid fossa at rest and in function are assumed to be in the center or in centric position. The word centric in Dental Medicine always refers to the condyles. Ideally, the two glenoid fossae should be mirror images of each other in shape, size, and volume. However, if the two temporal bones are not mirror images of each other, the two condyle heads will adapt differently to their respective glenoid fossa contours. Different socket shapes and position will affect condylar orientation, thus making the TM joints functionally codependent on each other, altering both the occlusal force distribution and the mandible’s pathway in motion and in function. As an adjective used in Dental Medicine, the term centric can be confusing to the reader because it is Centric Relation, Centric Occlusion, Long Centric, Habitual Centric, and Myocentric, are all terms used in Dental Medicine to describe differing anatomic occlusal concepts that are describing differing mandibular positions. Because the condyles are attached to the posterior portion of the mandible, and because the mandible is a single bone, it then is a physical fact that the adapted position of the condyles in the fossae will be influenced by the occlusion of the teeth and vice versa. The occluding teeth may or may not create an ideal condyle-to-fossa relationship because the contact of the teeth may induce the condylar anatomy into a muscularly-braced rather than a ligamentally-braced position. Many patients adapt to such a condition and live with it for years without structural damage but most do not. However, motion at odds with design is at best inefficient, and at worst, destructive. This occurs when the envelope of motion is not in harmony with the envelope of function. The cause and effect relationship of condylar orientation can be minor or catastrophic to a single tooth or to the entire system. Both adaptation and destruction of tissue result when structure and movement cannot coexist in functional harmony.