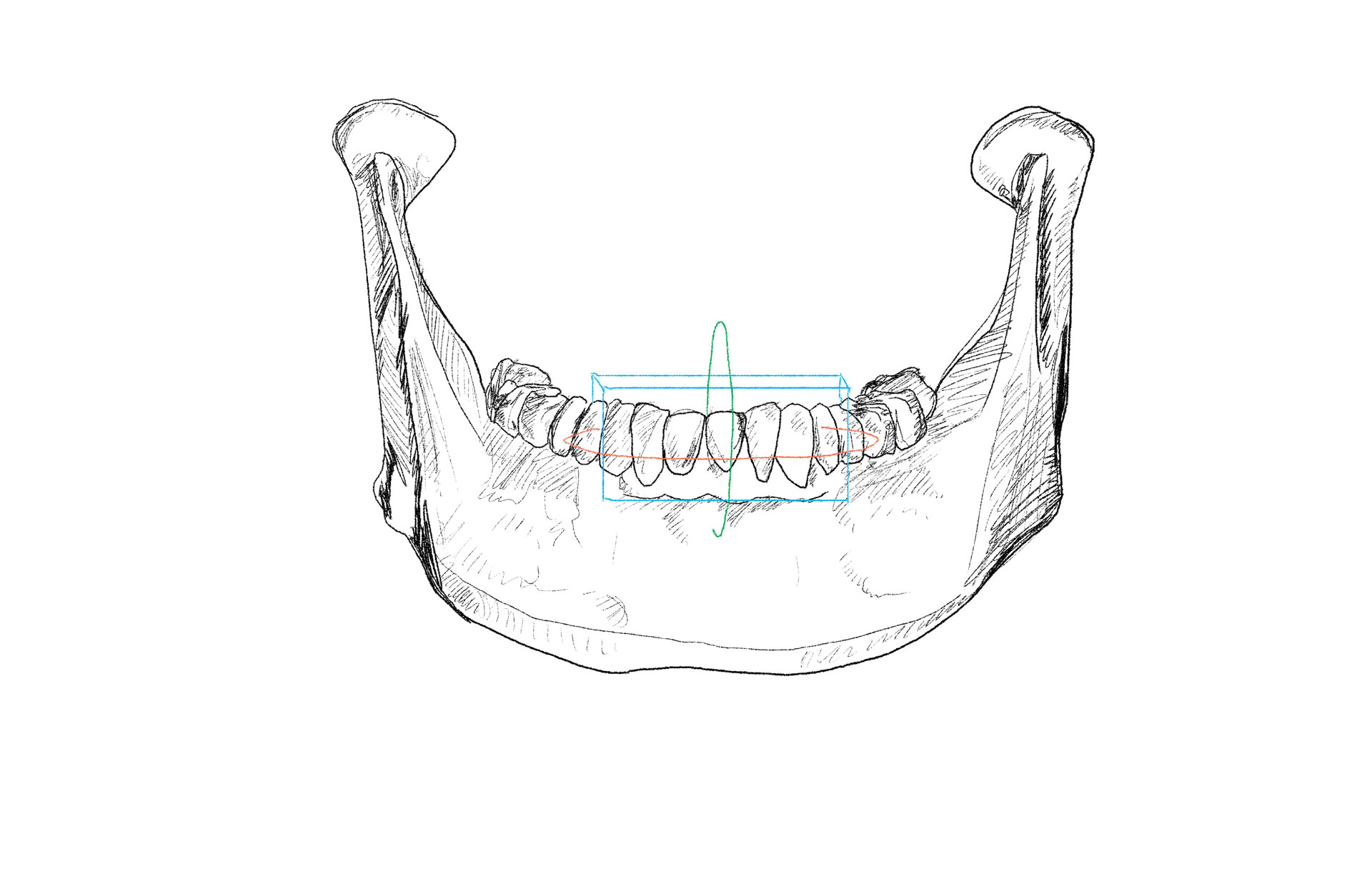 The Anterior Orientation is the Second Determinant of Occlusion

The stomatognathic system seeks to establish equilibrium between the head, the condyle, the neck, and the occlusal posture. The anterior orientation is an excellent diagnostic component of the mandible’s preferred pathway. Force distribution patterns recorded at any age provide objective data as to when and where the anterior teeth are opposing resistance to the mandible’s preferred pathway of closure, or when and where any tooth or teeth anterior to the condyles are preventing a friction-free mandibular closure pathway.

The Diagnostic Determinants of the Anterior Orientation Are:

The anterior teeth are only one of the segments establishing the position for the anterior orientation. The myriad of systems posterior to the canines and incisors must also be in balance if the anterior orientation is to be in harmony with the stomatognathic system. In dental occlusion, guidance describes how the mandible is guided into the maxilla for both occlusal function and swallowing. The anterior teeth primarily direct the horizontal movement of the mandible in and out of intercuspation, while the posterior teeth direct the vertical movement of the condyle/disc assemblies into the glenoid fossa of the temporomandibular joints.

The presence of wear facets on the lingual and incisal surfaces of the upper anterior teeth and lower facial and incisal edges often indicate resistance to the engrained adaptive patterns of mandibular motion and to the mandible’s preferred pathway. The anterior, canine, and incisal guidance systems are all factors that influence the envelope of function and the anterior orientation of the mandible. To achieve equilibrium in the anterior segment, the orientation of the head and neck, the condyles, and the posterior dentition must also be in harmony. The two force patterns described in Figures 50 and 51 illustrate two different anterior guidance patterns; one that is a preservation state, and one that is destructive to the anterior region. These two different mandible-to-cranium pathways result in different adaptive responses of the anterior teeth, and will dissimilarly affect the longevity of the occlusion and of the system.